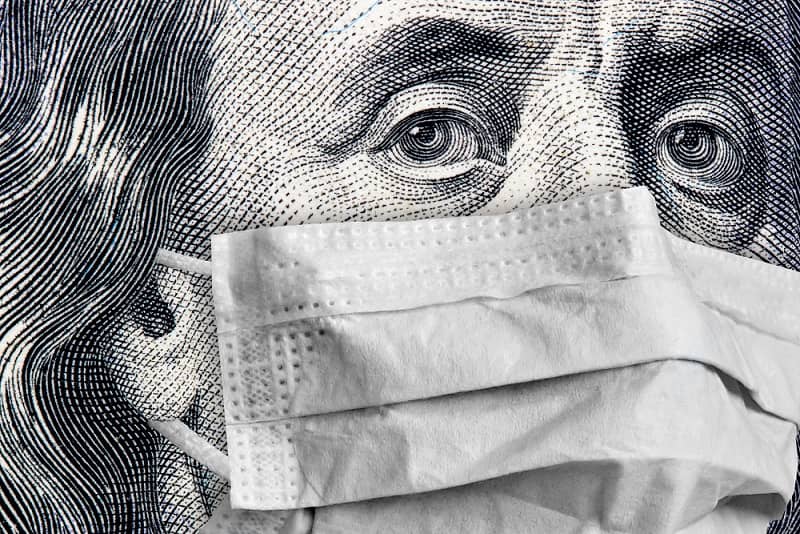 A lot of things happened during the rise of the pandemic early this year. The entire globe was taken aback by how fast the virus spread, affecting the world’s economy. Many businesses were closing, unemployment rose, and financial struggles arose as an after-effect. This has been very alarming for every American.

A few months after the pandemic’s surge, the world is trying to cope up. There are work adjustments put in place, stricter protocols being followed, and stringent rules regarding limited public movement were implemented. All of these force everyone, especially Americans, to save money more than ever.

The problem is, there’s an inequality on the rise affecting savings percentages due to the pandemic. Let’s dig deeper and understand what happened to America’s financial status during the rise of the pandemic.

The Financial Status Of Every American

If there’s one thing that came out positive out of the COVID-19 global pandemic effect, it forced every individual to save up on their expenses. Since there’s a limitation in public commuting and non-essential travel, people have saved on entertainment.

The question is, how much Americans have saved during this time?

According to the U.S. Bureau of Economic Analysis, every American saving percentage skyrocketed to 32.2% in April than the statistic in March, which was only 12%. That was a significant difference. Looking back, even in the middle of the recession in May 1975, the American saving rate was just about 17%. This shows that a global health pandemic is a triggering factor that forces every individual to save their money for essential expenses.

But later in the year, around June, where businesses are advised for a reopening, and the economic status is already trying to get back up again, the savings rates unbelievably decreased. From May 2020, the saving rate fell 4.2 percentage points, and that’s a sign that people are starting to spend again.

In the middle of the pandemic, every American is forced to stay at home. And even those who still have their employees have changed their working structure. The implementation of work-from-home even became a good reason for every individual to save on their expenses. No commuting fees and gas fee budget was needed to be accounted for. So, it shows that there’s a greater number of Americans who are saving more than spending.

Furthermore, Americans have changed their spending habits during the pandemic. Due to forced unemployment, non-working Americans have to prioritize essential goods. While there are those who get to keep their jobs, they’re still forced to resort to other avenues to help their health and wellness, such as taking care of pets and indoor plants to reduce stress.

Moreover, people start to realize that they can save money if they start changing their lifestyle. According to one millennial, her spending habits have entirely changed during the pandemic. She used to spend money having dinner at a fancy restaurant and drink expensive coffees. She then realized that she could cook for herself and prepare a freshly brewed coffee at home with no extravagant expenses.

It shows that the pandemic didn’t only bring negativities, but it amplifies and emphasizes that people can do things if they put their minds to it, such as saving money.

This subject is somehow questionable and points out many financial issues in America. While there’s a significant percentage that an average American is saving more than ever, there are still individuals who are spending the same amount of money even before the pandemic.

According to Sarah Nadav of World Economic Forum’s expert network, a large portion of America’s population was living with a paycheck to paycheck lifestyle. That means they can’t afford to set aside a portion of their income for their emergency savings. If they’re barely able to pay their bills before, it will still be the same and even more challenging for them to pay during and in the middle of the pandemic.

Things will become more unfortunate if these individuals are laid-off at work or the business they’re in is forced to shut down. Thankfully, the government has offered many helplines and aids that can be of assistance.

In the middle of the pandemic, Americans show the potential to save more than they spend their money. It also shows that they can change their lifestyle and choices, affecting their financial stability. However, if some Americans are acing the saving game, some are still struggling with it. It goes to show that financial status is still a significant factor. Nevertheless, the pandemic proves that it’s not that bad at all angles. It highlighted an individual’s capability to be wise and smart when it comes to financial management.