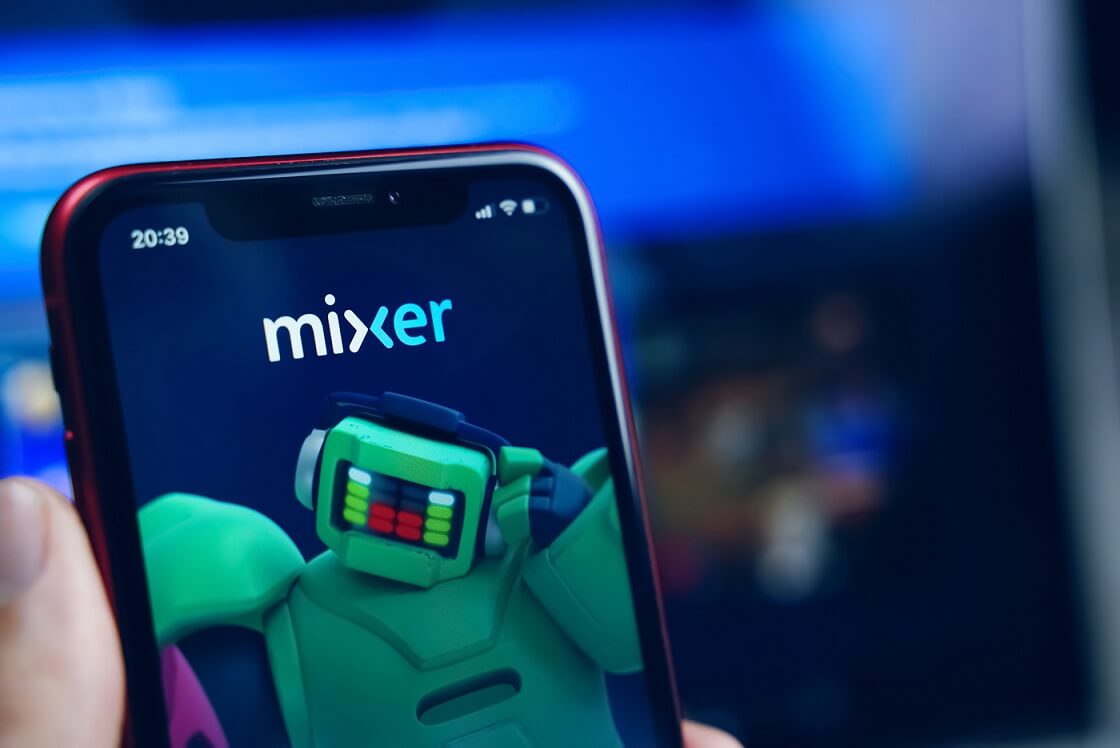 The live streaming video gaming platform, Mixer, was officially launched as Beam by Microsoft in 2016. Although there were some hardcore competitors like YouTube and Twitch already present, still Mixer made its way to get popularity. With proper marketing tricks, Microsoft made Mixer snatch away Twitch’s top streamer Ninja, followed by other popular streamers called Shroud and KingGothalion.

On the other hand, the lesser popularity of Mixer may actually benefit new streamers like you. Less competition along with a good incentive-based income can help you to make a good amount on Mixer.

This article is about how to make money on Mixer. Though there are several ways to do that, keep in mind that earning money while playing online games needs effort and dedication. Mixer even offers a partnership to those streamers who play and stream dedicatedly and gain more followers and viewers.

If you are unsure about streaming on Mixer, then there are even option to earn money by following other live streamers. Read on to know more.

How Do Streamers Make Money on Mixer?

There are several ways for a streamer to make money on Mixer. First of all, the partnership program of Mixer allows the viewers to reward their preferred streamers with platform currencies like “Sparks”, “Embers”, “Skills”, etc. The streamers can convert these currencies into hard cash.

However, being eligible for the Mixer partnership program is not that easy. That’s why the streamers also use third-party platforms to earn money. They generally make money via donations, subscriptions or direct tips from viewers.

Apart from that, Merchandise companies approach popular streamers to promote their products. Sometimes, the streamers also launch their own merchandise.

Streamers also make money by affiliate linking. They put the links of the products they are using to play the games (gear, device, software) and if anyone buys the products using that link, the streamers earn a percentage as a commission.

How Much Can a Streamer Make on Mixer?

If you are curious to know how much money you can earn on Mixer as a streamer or how much the gamers generally make, then you should know there’s not a fixed figure to describe the amount. It depends on how many followers you have.

You cannot expect to earn your monthly expense as soon as you start streaming. You need to put time and effort to grow your online community and that’s when you can start earning money.

As mentioned earlier the amount depends on the popularity of the streamers. Like when Mixer approached Ninja to switch over from Twitch, the platform paid him an amount between $20-$30 million. It is obvious that not every streamer earns a six-figure amount at the end of the day, still there are chances to play dedicatedly and gain more audience.

Though the actual amount cannot be predicted, still you can know how much money you may make from individual contributions. The emojis the streamers get from live chat or streaming is called “Skills” in Mixer-term. The followers need to buy those skills using “Embers” (Mixer’s in-house currency). In real money, the “Embers” cost is $0.01. This means if a follower buys skills that are worth 1000 Embers and gives all of the skills to you, you will get $10 from him.

Another way to earn money on Mixer is to enable the option where both the viewers and streamers can get “Sparks” (Mixer currency). In this way, when a streamer reaches the “Sparks” milestone he can redeem a certain amount of money that week. The currency “Sparks” depends on the number of viewers spending time streaming. So, if a streamer has a great audience boost, he can earn money.

How to Make Money on Mixer?

Let’s see what are the possible monetization sources you can avail of on Mixer.

1. Build Your Fan Base

The process of learning how to make money on Mixer does sound easy. However, it needs dedication and hard work to follow your passion for online gaming and make money from that.

You cannot make a great amount of money with a handful of followers, you have to have a large fan base. Neither you can be a member of Myntra’s partnership program nor you can get a sponsor with a few viewers. To increase your number of followers the first step is to Create a streaming channel and maintain it with relevant and entertaining content.

To provide your viewers high-quality content, you need to find your niche at first. Sticking to your genre and creating good content will automatically attract the audience. In addition, using good quality equipment with a green screen will make your content more interesting.

Interacting with your followers is another way to create a healthy fanbase. Appreciate them for following you, make them believe that they can be friends with you– this way you can reach your follower milestone.

A direct and most common way to make money on Mixer is asking for donation or tips from your followers. Keep in mind once you gather such audience who trust you and your content, then only you can expect to receive donation from them.

To get the donation amount, you need to use third party apps. Apps like StreamLab, PayPal, Patreon are popular among streamers. You need to open an account in the app and you will receive monthly donations through the apps. You need to put a link in your channel’s description box to let the followers know via which link they can donate you.

Donation will only come when you do something in exchange for your fans. You can reward your followers with perks like exclusive content, Discord access, physical merchandise, etc. Arranging giveaways, Q&A sessions can increase your followers–this way you an get more donations.

Don’t expect that donation amount is going to be enough as your channel’s revenue. However, if a certain fan donates a lump sum amount out of generosity then it can definitely change the picture.

Monetizing your streaming content by becoming a mixer partner is a great way to make money. Your viewers can subscribe to your channel and make you earn more “Embers” on Mixer.

Now you might think how to become a Mixer Partner? Well, there are certain criterias you need to fulfill to apply for the Mixer Partnership.

After you met all the criterions and applied for the Mixer partnership, Mixer will go through your channel and review professionalism, uniqueness, and quality of your channel. If everything is okay with your channel, your offer will be approved.

Other than the aforementioned criterion, you can also become a Mixer Partner, if you have a YouTube channel with 1,00,000+ views in the past 30 days or  300+ viewers on Twitch.

Having the Mixer partnership is not only going to make you more money but also strengthens the relationship between you and the Platform. You, as a Mixer partner, will get perks like emotes, or pro status. You can even giveaway codes or status to your followers once every month as a reward. Plus, you will get dual streaming, support and feedback on a priority basis from Mixer.

Believe it or not, some popular streamers swear that they earn more by sponsorship than other options. The companies would give you money to promote their products. Even if a product gets sold via your posted link, you will get a percentage as a commission.

If your content is interesting, the companies would reach out to you. As a beginner, you need to convince them to sponsor your channel.

However, do some homework before approaching the companies. You don’t want to sign each and every company just for the sake of it. Go through with the contract paper thoroughly to avoid any confusion in the future.

Big brands take the opportunity of how the influencers on the digital media can create hype about their products. If you have a large number of followers, top brands will get in touch with you to promote their products. Brands do offer a huge amount of money if you can promote them in the right way.

On the other hand, if you do not have a fan following base in Mixer, but you are popular in other streaming channels, you can also get brand offers.

Apart from that, brands or services that match your content niche can also approach you to promote them even if you don’t have a strong fan base.

Don’t get disheartened if you are not getting any brand offers. You can still earn money with affiliate marketing or referral marketing. You can put direct links of the product you use and earn money if someone clicks and buys the product from the shared link.

You can share links like the game you are playing on Mixer or share the Amazon links of the gaming gear you are using to play. If a user purchases the game, you will get 5% of the product amount. Same is applicable for Amazon products too, once you sign up on Amazon, share the links of the products via Amazon Associates Program and make money.

Not only Amazon, but you can also share other links too, if the company provides an affiliate marketing opportunity. So check once with the company if they have an affiliate or referring program and share links and earn big.

Are you still wondering about how to make money on Mixer? Well, you can also sell merchandise on your channel to boost the revenue. Products like t-shirts, caps, coffee mugs with your logo or gaming logo increase the sales.

Or else, you can customize the products as per your choice. Reach out to the artists who can create designs for you. Some online stores like Teespring, Redbubble, etc are good choices to sell the merchandise.

Twitch vs. Mixer- Which One is Better to make Money?

The monetization source is similar in both Twitch and Mixer. But, Mixer has no subscription fee whereas Twitch earns extra on the monthly subscription.

However, For a long time, Twitch has become one of the best live streaming sites. Therefore, it has a larger viewer base as well as more streamers. In short, people already know the streamers and don’t check the new ones.

So, if you’re also new on live streaming and want to gain a good fan base, Mixer can be your choice. With less competition, it is possible to draw attention quickly.

Instant and stable interaction is very important while streaming live. With this in mind, Mixer live streaming is faster than Twitch due to its FTL (Faster Than Light) protocol. It has a delay between the stream and streamer of less than one second. Whereas this delay is up to 20 seconds on Twitch, making the communication slower.

Mixplay, a video streaming service, lets the viewers play selected games with you.

Then again, it’s easier to split and share the screen with three other players for co-streaming on Mixer. When you are playing with multiple players and having a chat with your followers, it makes it easy to get more followers.

On a final note, if one seriously wants to make money on Mixer, build a loyal following. Upgrading the equipment, using a high-quality webcam and capture card to reduce the PC strain, is further essential. However, as a streamer, you must put in a fair amount of time. In the beginning, it may not seem easy to build up viewers.

But sooner or later, it becomes easy to get exposure. Above all, you need a bit of luck. Don’t just focus on making money, but the fun as well. Maintain your gaming and streaming quality on Mixer. Eventually, people start talking about you more.