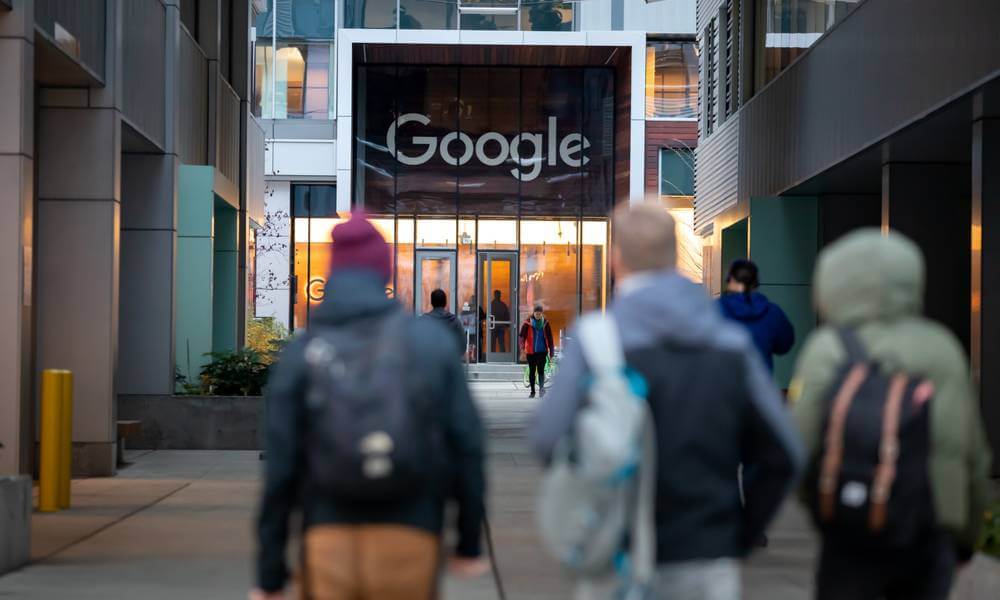 Google is a big tech company popularly known for its search engine, web browser, email and other online tools. Its website is the most visited site globally. In fact, Google yearly processes over 1.2 trillion searches. It’s huge, right?

But if all services are free, then how does Google make money? The core business model is based on online advertisements. Google displays ads on each search like YouTube ads, in-app purchases, sales of apps and digital content products etc. and thus, makes money.

The following article describes different Google services and how they make money.

How Does Google Make Money?

Google’s core business solely depends on online ads. The advertising is further divided into two categories, performance advertising and brand advertising. Let’s get into the details.

Do you know that 18% of people use an online ad blocker? Yes, 1 out 5 people don’t like to see ads and block them. Eventually, this rapid rising of ad-blocking might affect the Google revenue stream majorly.

However, Google has found a solution and that’s where performance advertising comes. The platform has rebranded its online advertising system called Google AdWords. It works on cost-per-click (CPC) action.

But, what is cost-per-click? In simple words, you will only pay when a customer clicks on a link. CPC then tracks the clicking links and measures the average cost per ad for a certain time an ad runs. The final CPC is determined in Google AdWords by the maximum CPC bid, ad’s Quality Score and Ad Rank.

The Ad Ranking determines the ad position in the search result and how other ad formats will appear with that ad. The Quality Score defines the overall user experience, which your ads and landing web pages provide when a user searches for a keyword.

Google brand advertising is like generating user awareness and get them familiar with advertisers’ services and products via texts, photos or videos and other ads that run on different devices. In this case, advertisers pay as cost-per-impressions (CPM) and reach a larger audience.

Many advertisers who target the display network prefer CPM to obtain potential views. So, if you also want to increase brand visibility, it is the best option.

How Does Google Make Money From Advertisements?

Here is a detailed discussion on how does Google make money from online ads.

When you search for something on Google, it presents you with a list of different search results generated by Google’s complex algorithm. These results are the most relevant to what you typed.

Additionally, you can also notice various suggestions by Google ads advertisers dominating the top search results. These are all paid ads and when a user clicks on an ad, Google earns money. The amount depends on the value of the keyword and competition for it.

Ads can appear while using Gmail, YouTube, Google Maps or any Google sites where companies or people display their ads for advertising. However, not everyone will see the same ads. Rather it gets personalized, varying by age, location, gender, interests etc.

Another great service by Google is Google Shopping. Here you can search for different products on online websites and compare the prices of different retailers before purchasing. The sellers pay the platform to advertise their products and set a campaign using AdWords for Google Shopping.

It displays results as thumbnail images showing all product’s details and prices. Therefore, Google Shopping is also called Comparison Shopping Engine. Once you like a product, go to the site and buy it directly from there. Whenever you visit a certain online shopping website using this certain feature, Google earns an amount.

The AdSense service is another revenue source for Google. It may sound similar to AdWords, but instead of showing ads on Google’s different services, the ads appear on other sites. Basically, many publishers or website owners sign up to display Google ads and receives money.

But how does AdSense work? Google’s algorithm analyzes your site or blog and its content. Once you sign up in AdSense and add the code to the site, Google selects certain ads to post on it relevant to the content. Besides, you can also decide the location for posting ads and change later.

When the visitors click on the ad’s link, you’ll get a percentage of about 68% of revenue and Google takes the rest 32%. In addition, the advertisers bid to place real-time ads on your site and the highest paying will get that chance. Eventually, Google earns a profit from bidding amounts.

Google further earns more revenue with AdMob, a mobile ad app. The advertisers sign up to AdMob to place ads on apps. Eventually, the app developers also make a good amount of cash from apps through this advertising platform.

YouTube is a popular entertaining platform with over 2 billion active logged-in users. After Google, it is the second-largest search engine and over 500 hours of videos being uploaded every minute on YouTube. Even people spend almost 1 billion hours on YouTube rather than on Facebook or Netflix.

If you’re also a frequent YouTube user, you know there are ads at the beginning of a video or in the middle. It depends on the video length. The advertisers pay to display ads on videos, which are related to their service and product.

Apart from advertisements, Google has another Source of income. Where other companies are focusing on expanding digital services like the Apple business model, Google is investing in hardware.

However, Google’s hardware business is more like a market than focusing on a particular brand and design. Though Google doesn’t do retail business but enhancing user experience is essential nowadays.

Thankfully, Google has realized that and eventually developed the user interface for different services. Here are the complete details on how does Google make money from hardware sale and other services.

Google Pixel is a brand for electronic devices such as Android, tabs and laptops developed by Google. With its solid features, Google is giving competition to strong opponents like Samsung Galaxy and Apple iPhone. Moreover, this smartphone fits into the “Others” category in the global market share.

Google Nest is a brand for smart home products that include smart speakers like Nest Mini, Nest Hub etc. It was originally owned by Nest Labs and Google acquired it for $3.4 billion in January 2014. However, Google’s expertise in technology couldn’t reach that expectation and failed to make enough profit.

To go ad-free, purchase one of their monthly plan from bellows:

So, when you subscribe to YouTube premium, Google earns money. On the other hand, if you don’t pay, Google gets money from the advertisers for placing ads on this platform. Either way, it’s beneficial for Google.

Google’s other bets are the latest inventions comprising new technologies that may accelerate the revenue growth in the long run. In 2019, Google’s annual revenue included 0.4% ($0.66 billion) from Google Bets and in 2018, it was $0.56 billion.

Some of the Google Bets examples are:

The other websites or tools of Alphabet Inc., such as YouTube, Google Finance, Google Play, Gmail and especially, Google Maps, made over 70% of revenue. Additionally, Google Maps makes money from partnerships with different companies that get benefitted from tracking or navigation. For example, Lyft or Uber pays Google for using the map to get direction while driving.

Google has made the payment process easier for both buyers and sellers with Google Pay. Previously it was called Google Checkout and Google Wallet. The customers need to create a free account here, provide payment information and pay to buy from apps to dress, food and even send money to others.

It works easily during in-store purchases that support the Google Pay app. You need to unlock the device and hold over the terminal for the process. Similarly, for online payments, you can select the Google Pay icon and make the purchase.

However, Google doesn’t earn a profit directly from the Google Pay business model. Rather this is a part of Google’s ecosystem, and it brings revenue in other ways. For instance, using your Google purchase history, similar product ads will be shown to you.

No doubt, Google is a profitable company from online advertisements and others. Different tools, websites or hardware has made it possible to grow over the year. Let’s take a quick glance at its annual revenue for the last few years.

Google’s core business model is mostly based on online ads. The maximum revenue it generates comes from this section. However, Google’s different tools and tons of products also contributed a fair amount to the annual profit. Moreover, the biggest advantage is it invest in creating and developing new products without thinking of monetizing them. They don’t afraid to take risks and currently, they have the resources to experiment and bring out new technologies for future betterment.